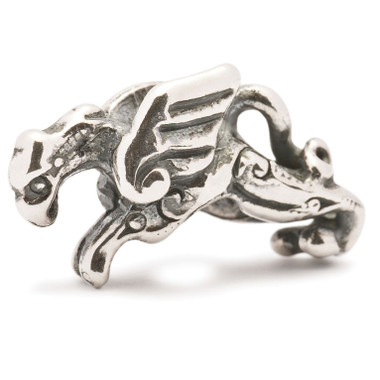 New January, 2013!  The Phoenix has been give a new name and a new persona!

The Griffin is a legendary creature and as half lion and half eagle, it is believed to be especially powerful. It is known for guarding treasures and precious belongings.  Designer: Søren Nielsen

Released with the Spring 2012 Trollbeads introduction.